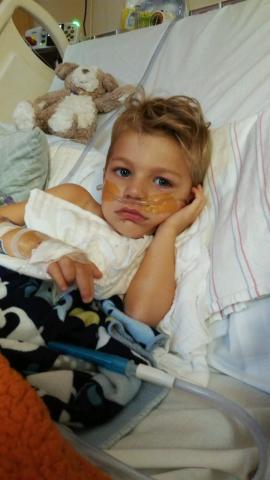 Born at 37 weeks, Cavan, named after the county in Ireland, where his great grandparents were born, was a healthy baby boy. His parents, Kristen and Greg McCaffrey, said he hit all his developmental milestones. However, as Cavan got a little bit older, his parents started noticing peculiar changes.

“We noticed Cavan seemed in pain and vomited often — especially after eating certain foods and on car rides,” Kristen said. “Then his daycare provider let us know he didn’t want to be left alone anymore, would often stare off into space and didn’t want to join in with the other kids.”

When Cavan was old enough to speak, he started to complain about headaches and dizziness and became highly sensitive to sounds. “He covered his ears when he heard loud noises and started to form a head tilt,” Kristen said.

The McCaffreys brought their concerns to Cavan’s pediatrician, and although the pediatrician didn’t seem particularly concerned, they started checking diagnoses off the list.

When Cavan was 3 years old, his parents had about exhausted all efforts to figure out what was going on with their firstborn son.

“None of the doctors and specialists we saw over a two-year period were able to give us a diagnosis and his symptoms only got worse,” Kristen said. “He was becoming more tired and was losing weight. I pleaded with our pediatrician to see an ophthalmologist to check just one more thing off our list — and I’m glad I did.” 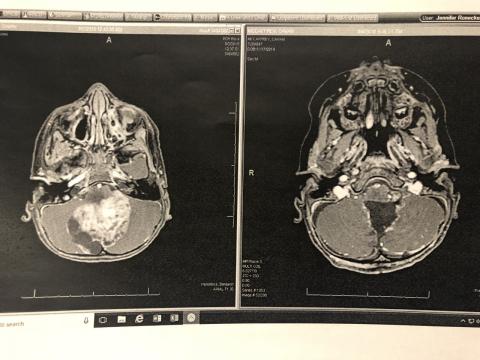 ED staff ran a CAT scan and diagnosed Cavan with a baseball-sized brain tumor near his brainstem called a posterior fossa pilocytic astrocytoma. The doctors explained to the McCaffreys that his tumor was located in the area of the brain that controls movement, coordination, swallowing, talking and breathing, which would explain Cavan’s symptoms.

“It was truly a parent’s worst nightmare, but we finally had the answer we’d been searching for,” Kristen recalled. 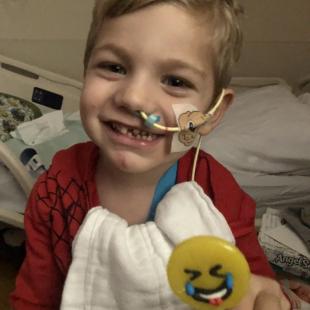 A Supportive and AMAZING! Community

Due to the location and nature of his surgery, Cavan had to relearn his basic motor skills, like walking, talking, standing, sitting and swallowing. But Kristen said the team of nurses, child life specialists and therapists in the Frances H. McClelland Rehabilitation Program helped Cavan (and their family) and cheered him on every step of the way. 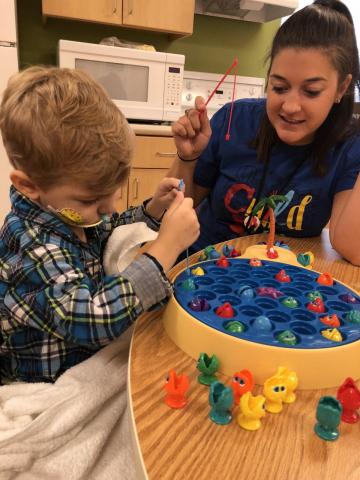 “I had no idea what to expect when we moved into inpatient rehabilitation; it was a rollercoaster of a journey,” Kristen said. “I learned how to stay strong mentally and emotionally for Cavan through the support and encouragement of the staff, but if I’m honest, Cavan’s courage and determination got me through each day, too. It was so helpful to have such a supportive community of people who wanted to see Cavan heal but who also understood the importance of a caregiver’s health as well.”

Not being able to eat was one of the hardest things for Cavan to endure. He became obsessed with food, picking out books and movies about food and would order foods from the cafeteria just so he could taste the flavors. Cavan participated in feeding therapy and after 6 months, he was finally able to have his feeding tube removed and swallow food again. “It was the best day ever,” Kristen recalled.

Cavan continued to make immense progress in his therapies, learning to swallow again, walk, sit and run, but just two years after his surgery, during a follow-up MRI, doctors found another growth. This time it was located mid-brain, an area that they’d been watching but couldn’t surgically remove.

After discussing treatment options with Phoenix Children’s Center for Cancer and Blood Disorders pediatric hematologist, Lindsey Hoffman, DO, and the rest of Cavan’s care team, it was decided that laser ablation surgery was the best hope to destroy the tumor. A few days later, P. David Adelson, MD, Chief of Pediatric Neurosurgery at Phoenix Children’s, performed Cavan’s surgery and successfully removed the tumor.

Due to the minimally invasive surgery, this time around, Cavan only spent 24 hours in the hospital and went home with very little downtime. 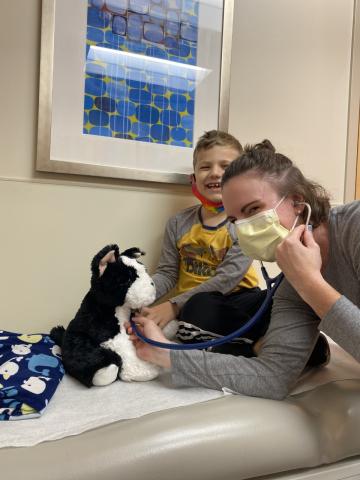 The Journey Ahead, Full of Gratitude and Reflection

This year, Cavan, now almost 7 years old, will start first grade. He loves baseball, soccer, martial arts and swims like a fish. He’s getting the hang of reading, loves drawing and is learning the guitar. Now that he can tolerate the sounds of the waves, you can also find Cavan playing at the beach with his family, his little brother and their two rescue dogs.

While his mom said he still has some balance and coordination issues and his right vocal cord is still paralyzed, they feel immensely blessed about his recovery and grateful for the support they’ve received from Phoenix Children’s.

“Cavan loves when he has follow-up appointments at Phoenix Children’s, mostly because of the yummy food and the possibility he’ll get to see his friends — the nurses, therapists and child life specialists,” Kristen said. “Everyone at Phoenix Children’s has done a tremendous job of making our experience as positive as possible. We love everyone who’s been involved with Cavan’s journey and are eternally grateful for all the support we’ve received.”

As the McCaffreys focus on the future — school, sports, trips to the beach and new beginnings — they also reflect on the road that got them where they are today and the one doctor who helped save Cavan’s life. 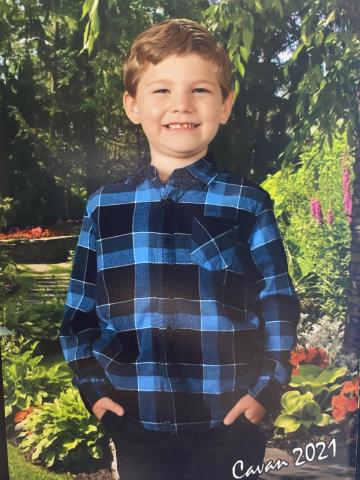 “If we hadn’t been persistent and taken an active role in finding a diagnosis and if Dr. Shortridge hadn’t noticed the swelling on his optical nerve which lead to the discovery of his brain tumor, I don’t know where Cavan would be today,” Kristen reflected. “Parents should remember they are their child’s best advocate; you’re their voice. If something doesn’t feel right, remember to speak up.” 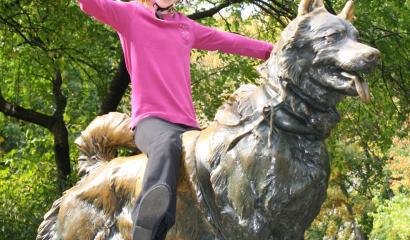 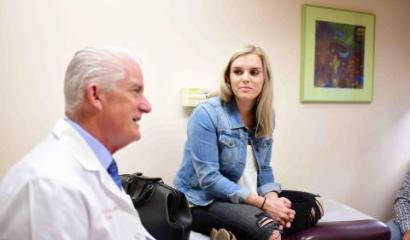 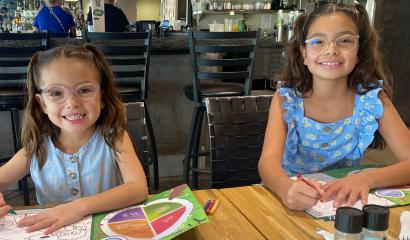