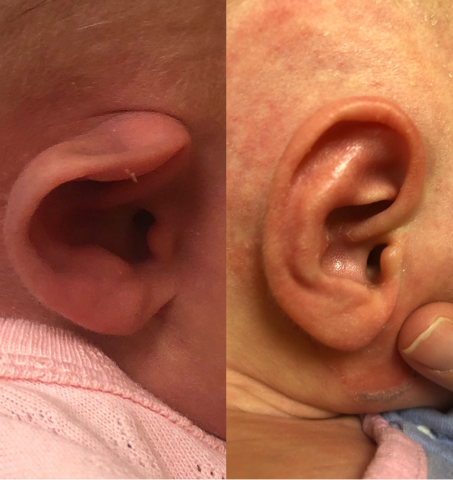 Why does my child’s ear look different?

The formation of an ear is a complex process that takes place over a long period of time. When you think about it is amazing how anybody’s ears look relatively similar. During this process, several things can lead to abnormalities in the appearance of the ear such as: intrauterine vascular disruptions, genetic inheritance, infections, exposure to medications and toxins, or physical pressure in utero.  In generally classify these abnormalities into 2 categories: deformations and malformations. Both categories resulted change in the size or shape of the ear; however, malformations result from a disruption of the development process and deformities are the result of mechanical forces pressing on the ear after its formation. Abnormalities of the ear can be quite common at birth. There are various common ear deformities that are seen such as: prominent ear (bat ear), Stahl’s ear (pointed ear), lidding, conchal crus, and other rim deformities. Ear malformations include: microtia (little ear), anotia (no ear), cryptotia (buried ear), and aural atresia (no ear canal).

Will the appearance get better on its own?

In some cases, the ear abnormalities can spontaneously resolve with time and growth. This typically applies to minor deformities of the ear formed by pressure on the ear in the uterus. Malformations, such as microtia and aural atresia, will not resolve on their own and may require surgical correction.  Self-correction of minor ear deformities can be seen in approximately 1/3 of the cases.

Will my child be able to hear normally?

Many patients with deformities of the ear will have normal hearing as the hearing structures inside the ear are preserved. Hearing is typically assessed with the newborn hearing screening. If your child does not pass the newborn screen, then they will require additional testing to assess hearing. Ear malformation such as aural atresia will be associated with conductive hearing loss as sound cannot travel as it normally does to the inner ear. If hearing loss is present, there are various forms of hearing aids that can help.

What can we do to fix the appearance of the ear?

With minor deformities it is possible to observe and see if they self-correct. This is a good option if the deformity is minimal and not bothersome to the parents should it not resolve with time.  Larger deformities will likely need treatment to correct the appearance. The types of treatment options depend upon the patient's age and type of abnormality. Within a few months of life many of the common ear deformities can be corrected with ear molding techniques. At birth and until a few months of age, the ears can be fairly pliable due to the circulating maternal hormones in addition to cartilage immaturity. Once the child becomes older the ears are less malleable and may require surgical correction. Surgery is also required for ear malformations like microtia where there is a lack of normal structures to mold. 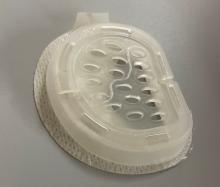 How does ear molding work?

Ear molding works by applying light constant pressure to the ear over the duration of several weeks.  This allows the ear cartilage to conform to the desired shape without surgical correction. This can be done with various molding systems and products. One of the methods we commonly use is the EarWell system. This device sits around the ear and has various pieces that can adjust to the patient's ear size and type of deformity. Typically, the earlier ear molding can be applied after birth the better the outcomes. Below is the EarWell system and one patient’s result.

Is my child too old for ear molding?

Results with ear molding are generally best if applied during the first 1-2 weeks of life; however, success can be seen if treating before 12 weeks of age. Older children may require a longer duration of treatment as the cartilage is less malleable. Children over the 3-month mark are not likely to have great results with ear molding. If your child is older, surgical correction, also known as otoplasty, can be performed later in life. Generally, we wait until the ear is more fully formed and can offer surgery beginning around the age of 5. 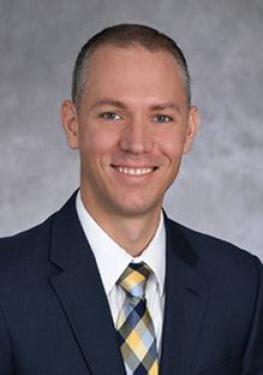 Dr. Stuart Curtis is a fellowship trained pediatric otolaryngologist at Phoenix Children’s. Dr. Curtis’ early interests included medicine and engineering and he completed his bachelor's degree at the University of Utah in biomedical engineering with a minor in chemistry before making a transition into a medical career. He earned his Medical Degree at the University of Utah School of Medicine and this was followed by a surgical residency in Otolaryngology - Head and Neck Surgery at Albany Medical College in New York. After residency, he completed an additional year of training as a fellow in Pediatric Otolaryngology at the University of Michigan in Ann Arbor. His clinical interests include the full spectrum of pediatric otolaryngology with further interest in hearing loss, microtia and atresia, sinonasal disorders and complex airway disorders and management. Additionally, he continues to pursue his initial interests in biomedical engineering and device development. Dr. Curtis enjoys travel, music, skiing, biking and spending time with his wife and 4 children. 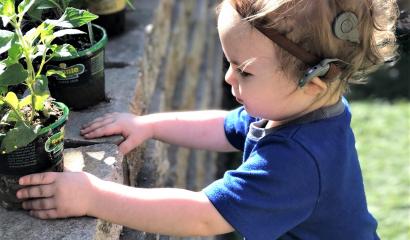 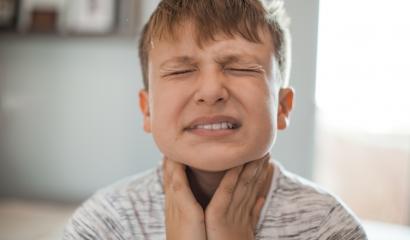 ENT Otolaryngology
Tonsils and Adenoids: What are they? Where are they? And Do I Need Them?
Crockett, David, MD ,
Share this page