May 31, 2022
He’s a Survivor
Cancer Center for Cancer and Blood Disorders Survivorship Teenagers 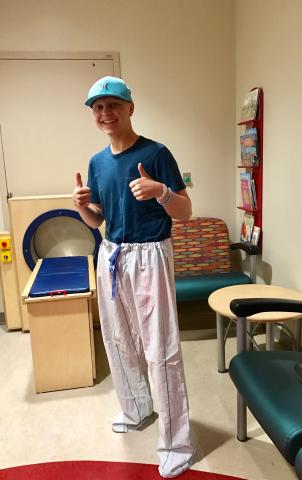 In 2016, Sammy Cibulka was 16 years old and on spring break in California with his mom and two siblings when he got the news. The nagging shoulder discomfort he’d been experiencing wasn’t due to the way the three-sport athlete was working out – it was cancer. And the family had to return home immediately so Sammy could be at the hospital in Phoenix the next day.

“That was one of the more interesting car rides of my life,” recalled Sammy. “My brain couldn’t catch up with what my mom had told me. She had to tell me several times; my body went numb, and my mind started racing after a bit.”

After arriving back home at 3 a.m., the family sat together waiting in their living room until Sammy could go to Phoenix Children’s. Once there, he was diagnosed with rhabdomyosarcoma in his right shoulder. At the time, details on this type of cancer were limited, and Sammy was feeling the full rollercoaster of emotions.

But he had a secret weapon – his friends and family were preparing him with a positive attitude. “They helped give me a mindset of approaching this diagnosis as an opportunity to get better,” said Sammy. “I needed to get this done and make it the best possible situation.”

Taking it one step at a time

And that’s exactly what he did. For the next one and a half years, Sammy wore his emotions and spirits on his sleeve. He had some good days, but more bad days – the cancer took its toll. His body was sore from surgery, radiation and 48 weeks of chemo. He had trouble cutting his own food and brushing his teeth. Difficult adjustments for the formerly active and lively teen.

Throughout his treatment, Sammy reminded himself of a promise he’d made: “I was determined to see a light at the end of the tunnel, and the first step was getting out of bed every day.” Sammy came up with little things to help him stay focused on his goal: 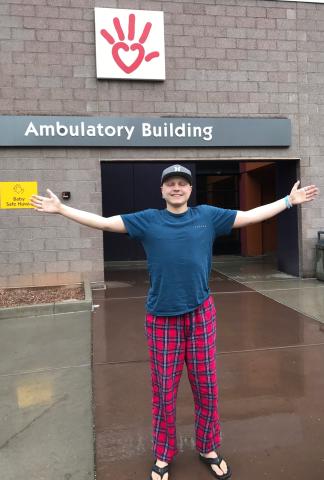 After ringing the bell to signal the end of his cancer treatments, Sammy started a year of physical therapy. He attended two sessions a day to learn how to walk again, to regain stimulus in his fingers and to be the person he wanted to be. And his hard work paid off. Sammy was able to go back to playing high school basketball for his junior and senior years – a huge goal of his during treatment.

He was also voted student body president his senior year of high school. “It was awesome to be a normal teenager again,” said Sammy. And while many people know about his fight with cancer, it’s not the first thing they talk about. Sammy is grateful it doesn’t define him, “I have more to offer than that one great feat.”

In fact, after graduating high school in 2019, Sammy enrolled at the University of Arizona where he is a broadcast major with dreams of being a sports analyst. During his college career, Sammy has served as president of his fraternity and head sports director for the university’s television program – and he was recently elected student body president for the upcoming school year. 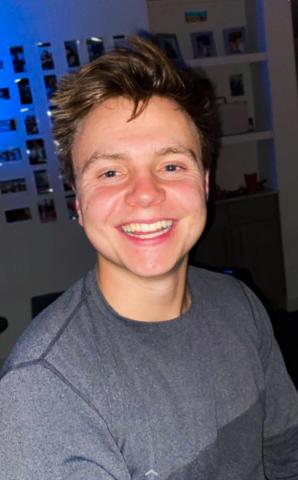 These days, Sammy is busy training for the San Diego Rock n’ Roll half marathon on June 5, and enjoys being an uncle to his brand-new nephew. He still returns to the clinic annually, but it’s different now. “When I go in, I give everyone big hugs, and I have the mindset that I’m there so they can see that I’m still good,” said Sammy. “It’s behind us.”

When asked what advice he would share with other teens facing a cancer diagnosis, Sammy has these words of wisdom: 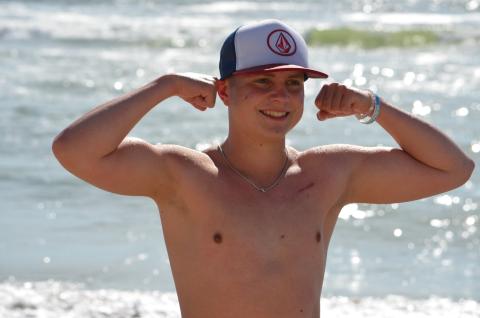 Now more than five years into his survivorship journey, Sammy has a yearly appointment with Phoenix Children’s Survivor Program. At this clinic visit, a multidisciplinary team evaluates Sammy to monitor for long-term side effects of his therapy. The team includes a pediatric oncologist, endocrinologist, nurse coordinator, nutritionist, social worker and mental health therapist. 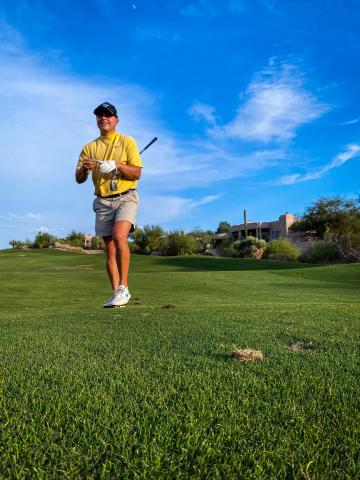 These experts work together and partner with Sammy to ensure he is staying healthy and knows how best to care for himself to reduce his risk of developing late effects. While two-thirds of pediatric cancer survivors develop at least one long-term health complication from their therapy, preventive care and screening can help reduce that risk and provide early treatment, as needed.

Phoenix Children’s Survivor Program follows patients yearly until they are 10 years post-treatment. Patients then transition to adult primary care to continue their follow up. 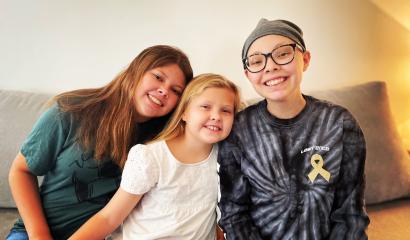 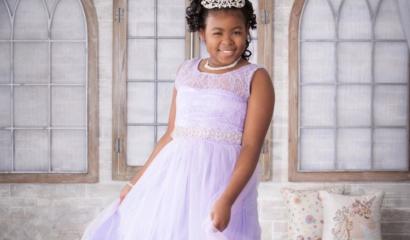 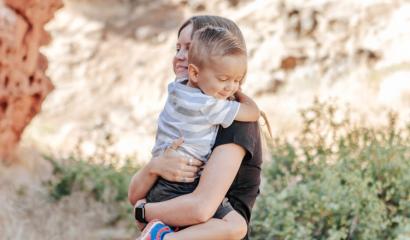