Maria and Paul were thrilled to learn they were expecting a baby and were eager to add another child to their family. Their daughter Sophia was excited to become a big sister.

During Maria’s 20-week ultrasound, her provider wasn’t able to get all the images they wanted to capture, so they asked Maria to come back a few weeks later. It was during that follow-up ultrasound that her OB/GYN suspected the baby had a heart condition and referred Maria to Phoenix Children’s Fetal Care Center. 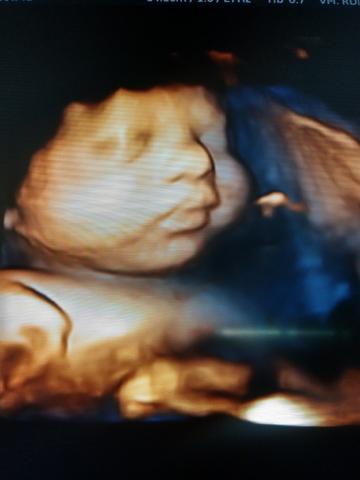 “When we got to Phoenix Children’s, that’s when we didn’t feel lost anymore,” Maria says. “We had been so scared of the unknown, but we finally got the answers we needed.”

Maria’s fetal care team at Phoenix Children’s included both a pediatric surgeon and a pediatric cardiologist from the Phoenix Children’s Heart Center, along with a fetal cardiac nurse coordinator. Fetal echocardiograms – a procedure that uses sound waves to make detailed pictures of the heart – were ordered by pediatric cardiologist Dr. Amy Svenson, to best assess the heart’s function and condition. The fetal echo showed abnormalities in the baby’s heart that would require close monitoring during the pregnancy. After a fetal MRI, her doctors also diagnosed the baby with duodenal atresia, a congenital condition in which babies are born with an intestinal obstruction and often increased levels of amniotic fluid as well. Doctors told Maria her baby would need surgery to repair his intestine as soon as he was born so that he would be able to eat.

Although Dr. Svenson and her team were there to care for the baby, they went out of their way to support Maria, as well. This included her fetal cardiac nurse coordinator, Laura Bardeguez.

“Dr. Svenson and Laura were so empathetic. They were kind and supportive,” Maria says. “The team at Phoenix Children’s caught us at our lowest moments, and we asked a million questions, but they never made us feel bad. If there was ever an urgent concern or problem, they did everything they could to address that.”

The team suspected that Maria’s baby may have a genetic abnormality, so they provided the family with health education and counseling during the pregnancy. After he was born, he was ultimately diagnosed with Down syndrome.

Since Maria didn’t get the typical pregnancy experience she had been hoping for, she and her husband decided not to find out their baby’s gender until birth to maintain a fun element of surprise.

Shortly before what would turn out to be a premature birth, hydrops developed. Hydrops is a condition where extra fluid develops around the heart and lungs, as well as in the baby’s abdomen, which can be life-threatening. Based on these findings, Maria was sent to the hospital for an emergent premature delivery, and her son Sebastian was born at 33 weeks gestation. 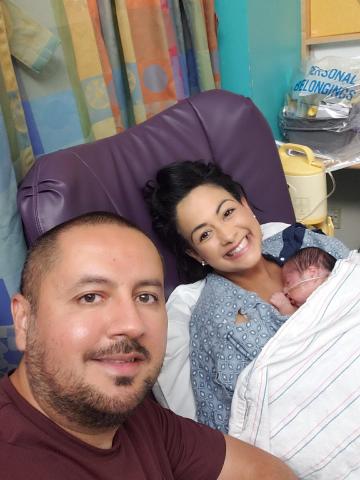 “Sebastian’s amazing surgeons came to my hospital to meet me and explain everything that was going to happen,” Maria recalls. “They kept in contact with me for everything until I could be at his bedside.”

Surgery was a success, and Sebastian has remained in Phoenix Children’s Newborn Intensive Care Unit (NICU) to grow bigger and stronger until he is ready to go home. His heart remains closely monitored by his team of pediatric cardiologists.

“We still worry about his heart because being a preemie comes with complications,” Maria says. “But the more he grows and the bigger he gets; it may work itself out. His team monitors him every day to see how he is doing.”

After Sebastian is discharged from the NICU, he will continue to be followed by pediatric cardiology, as well as Barrow Neurological Institute at Phoenix Children’s Down Syndrome Clinic.

As for how Mom is coping with the NICU journey, she is taking her son’s lead.

“We take things day by day with Sebastian. Sometimes with a preemie, you take a couple steps forward and a couple steps back,” she says. “But whenever I feel like giving up, I look at my little boy. He has never given up, and so neither will I.”

“Sebastian’s team is great, and I learn a lot from them. But it has helped so much to talk to other moms who are walking the same steps I’m walking,” she says.

Big sister Sophia, age 18 months, is eager to meet her baby brother. For now, they FaceTime every day. They also take advantage of special cameras for each NICU patient, where families can log on from home and check on their little one at any time of the day or night. 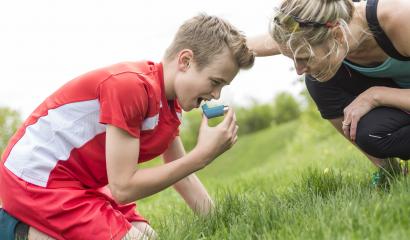 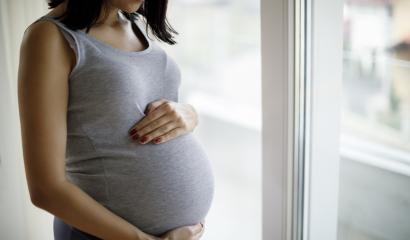 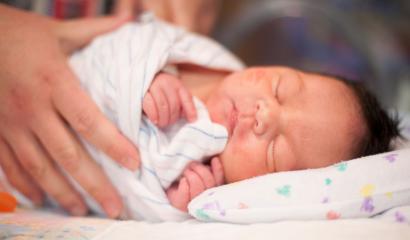