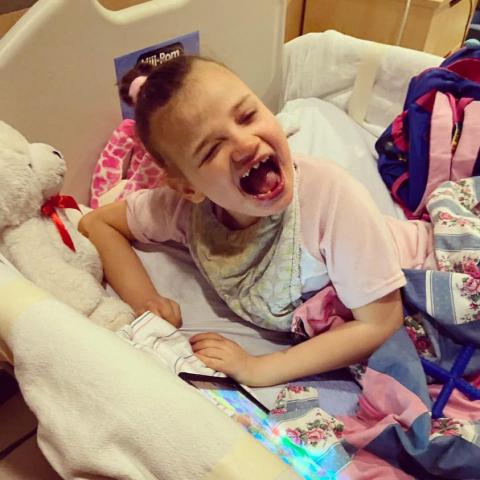 “My daughter is alive and doing well because of the care we have received at Phoenix Children’s.”

Brittany never imagined a life where she would feel this way, but 11 years into a health journey with her youngest daughter Brooke, now she describes Phoenix Children’s as a home away from home.

“Being a medical mama is the best club I never wanted to be part of,” Brittany says. “But now, I couldn’t imagine my life without it.”

Brooke is more than her diagnosis. In addition to seeing more than a dozen specialists at Phoenix Children’s, 11-year-old Brooke is a happy, silly, bubbly girl. She loves swimming and the color blue. Brooke loves Disney movies, but her favorites are Frozen and Moana.

Brittany’s pregnancy with her third daughter was typical and healthy. When Brooke was born, her eyes were smaller than normal, but Brittany didn’t think much of it at the time. When Brooke was five weeks old, she started having seizures.

“I called our pediatrician, and they said to go to Phoenix Children’s right away,” Brittany recalls.

Brooke was admitted to the hospital and given medication to stabilize her seizures. At the time, she was having hundreds of small seizures per day. Brooke was ultimately diagnosed with Aicardi syndrome – a condition where undeveloped tissue connecting the two sides of the brain can lead to seizures and often developmental delays as well.

“I was devastated at the beginning. These types of things happen to other people, but you never think it’s going to happen to your child,” Brittany says.

Aicardi syndrome is very rare – it occurs in around 1 in 100,000 babies born per year in the U.S. Brittany felt fortunate that the neurologist on-call when Brooke was initially admitted to Phoenix Children’s Hospital, Dr. Saunder Bernes, already had another child with Aicardi syndrome in his care.

“A lot of medical professionals go their whole career without treating someone with this condition,” Brittany says. “What are the chances that we would find a doctor who was already familiar with this diagnosis? But Phoenix Children’s is the place where kids with serious medical conditions come.”

Although Brooke still experiences daily seizures, they have drastically reduced in number.

“She’s doing so much better than when we started,” Brittany says.

Brittany credits much of Brooke’s improvement to the formation of Barrow Neurological Institute at Phoenix Children’s.

“When BNI was formed, there was so much expertise under one roof,” Brittany says. “Her team at BNI also loops in support for my other daughters, whether it be child life or a counselor. They don’t just treat Brooke; they care for and care about our whole family.”

Brooke has been under the care of pediatric neurologist and epileptologist Dr. Korwyn Williams since she was just a few months old. Now, they consider Dr. Williams part of their family.

Brooke sees many different specialties at Phoenix Children’s, but her mom describes them as one big team.

“My daughter doesn’t just have a bunch of other doctors,” Brittany says. “She has a team. I know it’s not like this at all other hospitals.” 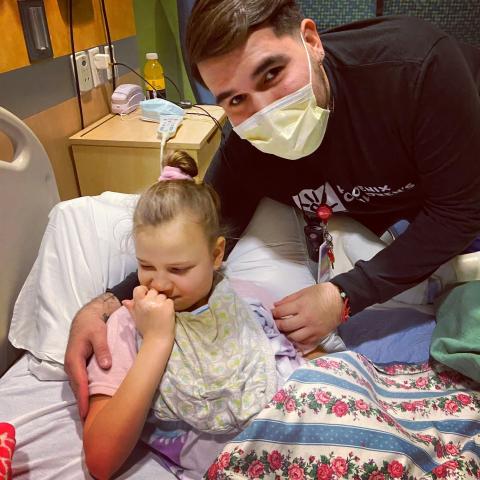 “Zulma, a medical assistant at BNI has been incredibly helpful for years for our family. She has advocated on Brookie's behalf for medications our insurance did not want to cover and has always been so kind and helpful,” Brittany says. “We love all of the nurses on the 8th floor of the hospital, too. They take great care of Brookie anytime we are inpatient.”

Brooke’s mom Brittany is also a key player on her daughter’s medical team.

“All of her doctors know me well. They will present their ideas and what they think is best, and they will ask me what I think of their plan as her mom,” Brittany says. “I have never felt like my voice didn’t matter.” 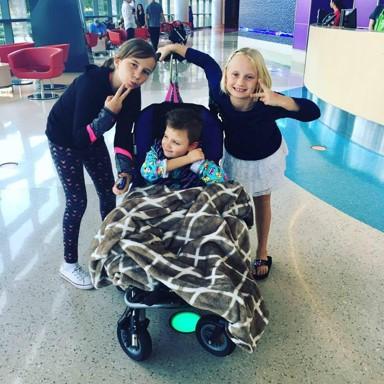 Giving back as a way to heal

“Giving back has been healing on my journey, Brittany says. “Being involved and connecting to other families has been fulfilling, and it benefits the hospital in the process, too.”

Brittany’s experience giving back at Phoenix Children’s – and the advocacy skills acquired from being the parent of a child with special needs – ultimately inspired her career path. She now works as a family support specialist at Raising Special Kids.

“It’s hard to receive a diagnosis early on in your child’s life, but it’s important for families to feel supported early on,” Brittany says. “It helps children meet milestones, and it helps families cope.”

Brittany is also chair of the newly formed Patient and Family Advisory Council (PFAC) for Barrow Neurological Institute at Phoenix Children’s Hospital. PFACs are special groups of patients and family members dedicated to specific areas of Phoenix Children’s, who bring unique and valuable perspective to decision-making processes that affect care, safety and the overall patient experience.

Before joining the new Neuroscience PFAC, Brittany served for five years on an Ambulatory PFAC and one year on an Alumni PFAC. A few examples of the impact that group has had include installing accessible changing tables on campus, contributing to the parent portal app, and supporting website updates.

“My child has a tough diagnosis, and I have found that serving Phoenix Children’s and our community has helped me cope with grief,” Brittany says. “Serving and giving back calms my anxiety and nerves about my own journey.” 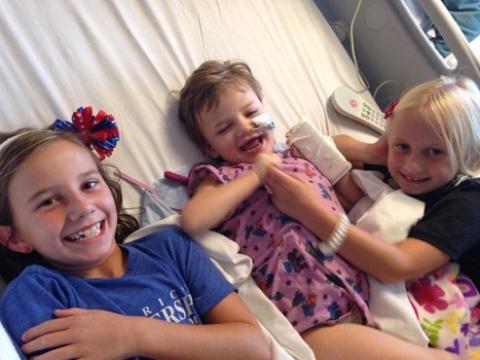 There were years that Brooke’s health wasn’t stable enough to allow the family to travel. But in the last couple of years, she’s been well enough that the family can start taking the trips they used to dream about. They’re on a quest to visit as many national parks as they can. They have already checked off Yellowstone; this summer they plan to travel to Mount Rushmore before Brooke has a major surgery.

Although Brooke doesn’t use language to communicate, she’s very communicative with her family. Recently, she started using a new piece of technology that allows her to communicate her preferences – she can choose activities, foods and more.

“Inside she has a lot of typical things going on,” Brittany says. “Brooke is often sassy, like a typical pre-teen.” 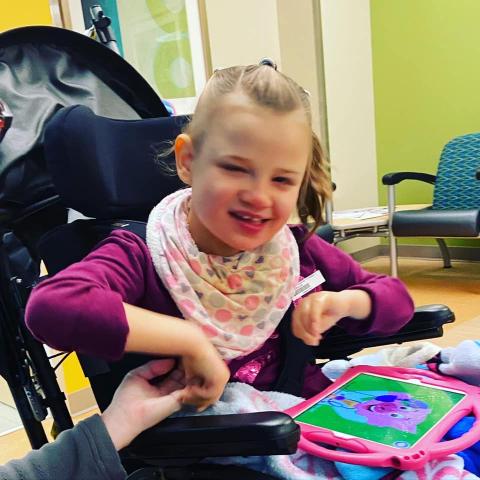 A message to other moms

To mothers of medically fragile children, Brooke shares a message of encouragement.

“Have hope, Mom. This medical life can be hard, emotional and stressful. Even though this life can be lonely, know that you are not alone,” Brittany says. “Phoenix Children’s has been with us in the best and worst times in our life. There is a place you can go not just for medical care for your child, but for emotional support and healing for your family.” 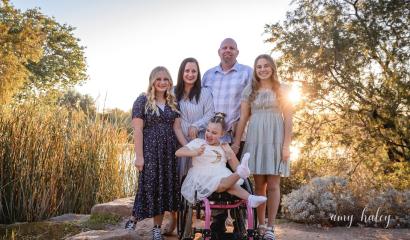 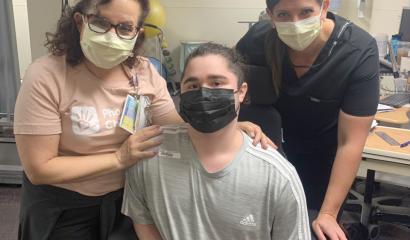 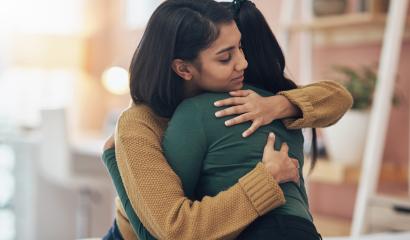